This former hub for the Khmer Empire and French colonialists is now a sprawling urban jungle. With cheap living costs, a growing expat community, and a wide range of co-working spaces and coffee shops — Phnom Penh is rapidly becoming the prime destination for expats and remote workers in Cambodia. Phnom Penh’s shine was tarnished by the impact of war and revolution. But the city has since risen from the ashes to take its place among the hip capitals of the region, with an alluring cafe culture, bustling bars and a world-class food scene.

Phnom Penh is one of the best cities to live and work in Cambodia for remote workers and digital nomads. Check out our selection of great hotels and hostels. If this is your first time looking for accommodation in the city, we recommend you book a room for a short term rental while exploring the area and finding the perfect apartment. Prices shown may be different based on room type, availability, season and discounts. Click on “Book a Room” to get the best rate with our partner Agoda.

Sla Boutique Hostel is a modern hostel nestled conveniently in the center of Phnom Penh city that offers traveler a place to unwind and meet people in a community environment that is clean, friendly, and affortable.
BOOK A ROOM 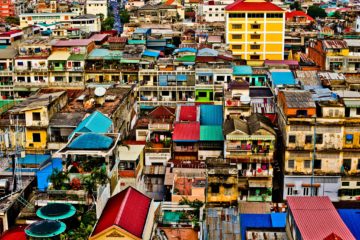 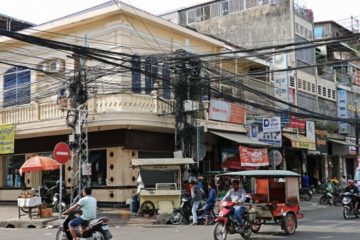 Do you need travel medical insurance?

Flexible and affordable travel medical insurance for travelers, freelancers & remote workers. Sign up today and get the best price!

Ready to stay in Phnom Penh?

Work and travel from your next home in